The italian embassy  in Vatican's City, had organized a conference regarding  environment and ecology matters. The President of Wos-Ipsp, S.E Prof. Eugenio Lai and the Grand Chancellor S.E. Giuseppe Caddeo here with the Italian ambassador, H.E. dr. Pietro Sabatini. Wos-Ipsp is engaged lately in environmental issues related to climate change. 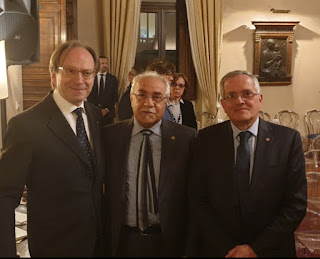 The office of Presidency of the Wos-Ipsp following the massacre carried out in two mosques in New Zealand by a madman, in addition to the condemnation against all forms of violence, expresses serious concerns for the future. Religions must not clash and brutality and aggression must not enter places of worship that must remain only places of prayer and adoration of the same God.
This week’s New Zeland Shooting and massacre highlights the pain , suffering and death cause by intolerance among human beings.
It also encourages , the members of W.O.S to spread out the message of Peace and Security, through the honest dialogue among the different religions, namely Cristianity, Islam and Judaism( on any orden)
This tragedy , apparently caused by a 28 year old Australian, in ChristChurch , New Zealand , leaves 50 people dead and 50 people wounded. All of them, innocent people, some children, some disabled, other trying to help other victims , all praying to God . It doesnt matter what nationality or gender or age , they were humans, people, living this life as best as they could, immigrants looking  for a better future for themselves and their loved ones.
Did this young fellow knew them? Who they were ? What did they want in life? NO
Did they do any harm to him? NO
How come a person can legally buy 5 fire arms in an online retailer ?
How come civilians can buy military fire arms, semi automatic weapons if they are not going to war ?
Hard to believe
W.O.S stands for Peace and Dialogue, we need to learn  from each other, understand differences in religion and culture , respect others, live in harmony with other human beings and with Nature.
The seeds of destruction , as this and other cases of extremism show,  are sowed in Ignorance , lack of affection , lack of education , extremist ideas of racism, religious intolerance , extreme nationalism, totalitarianism.
Unhappy person who wants everyone to be unhappy and the pervertion of feeling well when other suffer or die!
We stand for Peace, we stand for tolerance, dialogue and knowledge.
We work for these principles and for a better world. No matter how hard, be believe in this path. Our prayers are for the victims of this Tragedy, We pray that God gives them the strength and the Wisdom to recover their peace and lost Happiness.
  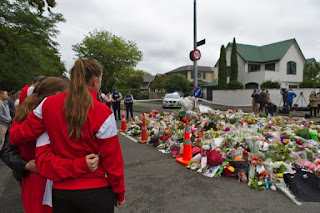